Originally the solo acoustic project of guitarist and vocalist Dan Allen as an outlet for his continued songwriting when his previous band split up, Ducking Punches would eventually evolve into a five-piece. With Allen a regular of the U.K. punk scene (and particularly in his hometown of Norwich), it wasn’t long before his self-titled debut release saw the light of day in mid-2010. A collection of acoustic anthems that drew inspiration from the likes of Frank Turner and Billy Bragg, as well as the roots of British folk, the album signaled the folk-punk path that Allen’s outfit would eventually take. A year later the EP Put the Bottle Down, Chinaski was released on Cambridge D.I.Y. label Aaahh!! Real Records, and while it retained the acoustic sound of his debut, the addition of Josie Clouting on violin and Pete Wright on drums added another dimension. A second EP, I Am Arturo Bandini, arrived in 2012 on U.K. indie Lockjaw Records and continued with the now fuller-sounding Ducking Punches sound. A split EP with Curves and Nerves arrived on Aaahh!! Real Records in 2013, and after a slew of Ducking Punches live shows around the U.K. and Europe, Allen headed out on tour as Frank Turner’s guitarist after Turner injured his back. That year also saw the band head to the studio to record the sophomore Ducking Punches album with new members Cal Hudson on guitar, Sophie Porter on bass, and Serge Tauroza on violin. Dance Before You Sleep was released at the beginning of 2014, with the quintet receiving plaudits not just for the album but also for their rousing live shows, which continued throughout the rest of the year. Returning to the studio in mid-2015, Ducking Punches set about writing and recording their third album. Originally due for release via PledgeMusic, the band members announced that they had signed to Xtra Mile at the end of 2015, and Fizzy Brain was released in early 2016. ~ Rich Wilson, Rovi 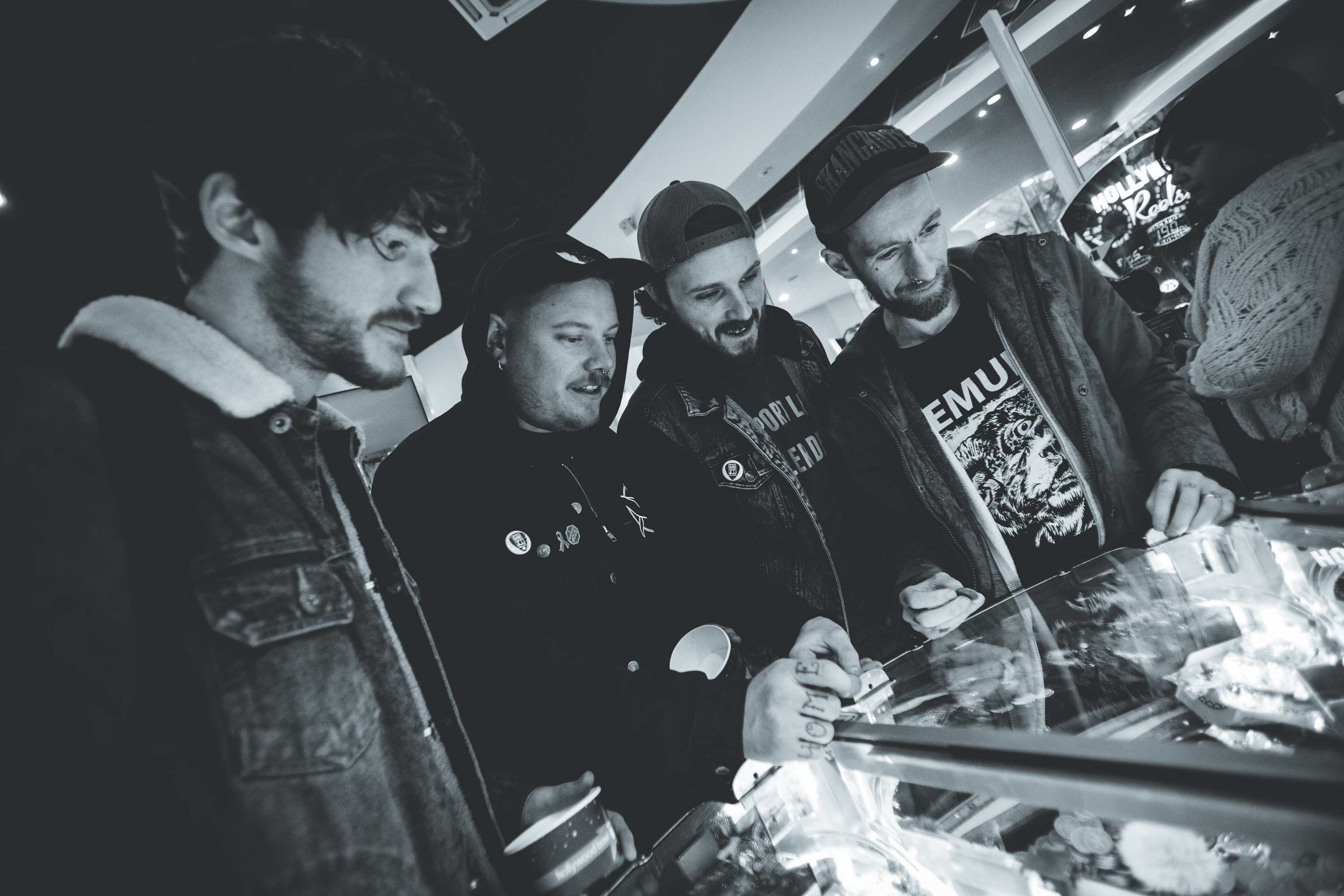